...well if the members of the Denver Village trust weren't quite prepared for the evening I had in store, neither was I - until I split the group in half. The left hand side to chose the characteristics and appearance of the hero, the right hand side to choose the wrong hand side - the villain! 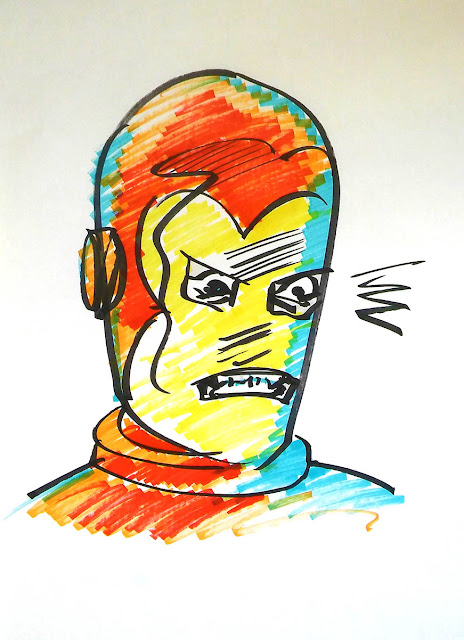 While Chairman Terry Wright recounted the minutes of the last meeting, I thought I'd stood idle beside my easel long enough. And I was getting itchy anxious fingers.  A few quick five minute sketches later I was mumbling something about my previous talk - something along the lines of how precise and measured I had to be when drawing local landmarks and buildings with an old steel dip pen and indian ink.

How they took absolute ages, and while they were my interpretations of actual scenes - I'd be counting roof tiles and bricks - they had to accurate!

...and don't get me started on signage and lettering! 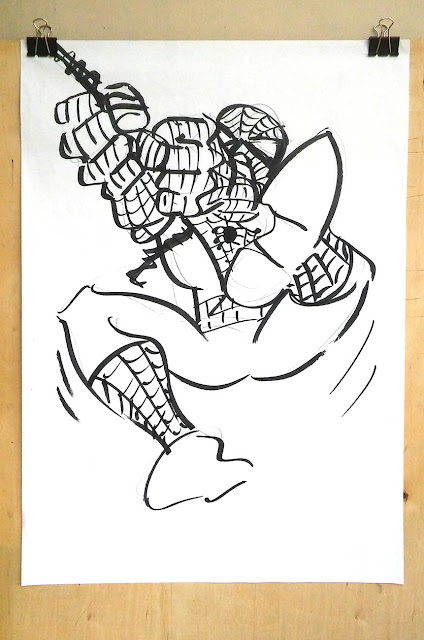 I referred to artworks such as the Downham Market Clocktower and Ely's illustrious Toppings Booksellers (in that window - how many books?!). I assured the gathered throng that there'd be no architectural dawdling, no cautious referencing, no small mindful movements, no transcendental breathing. No me sitting on my own thinking...and thinking.

There would be me standing - waving my arms, in public, not thinking at all, energetic discussion, black broad marker strokes, fear and laughing, (a lot of noise), and if at all possible - in place of fifteen to twenty five hours, on and off - very very little time taken! 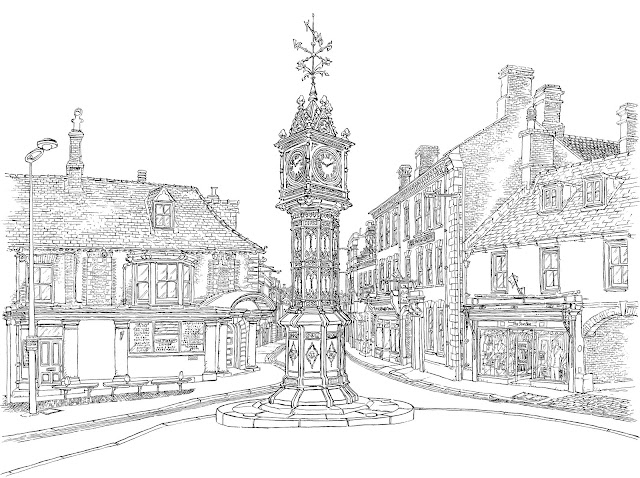 In short - hand me the half blindfold, set the clock - point me at the board and tell me what to draw! Ok I might give you a clue, offer guidance - 'Wolverine claws?' 'Dr strange collar?' 'Emma Peel patent leather?' - but your the voice - I'm the hands. You're the remote, I'm the TV.

And hey I would never ask me to draw toe to knee laces!

OK you're the bosses. But see no, hear no, draw no evil. 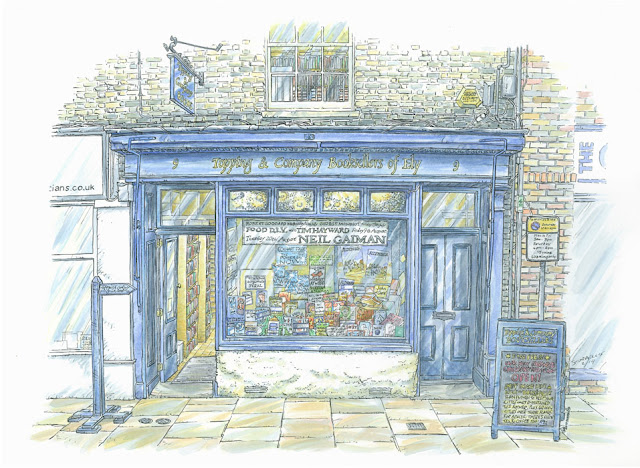 I already had the template for the guy on the easel and suggested starting with the feet, the boots. Gotta start somewhere - might as well start at the bottom and work our way up. Like most of us, I seem to have selective hearing.

Thought I heard someone say 'buckle' or 'buccaneer', didn't want to ask - or to attempt to decipher - so carried on regardless.

We agreed these would be Captain America fold down before the knee boots, not Lady Rawhide fold down thigh boots. (now those are laces!) 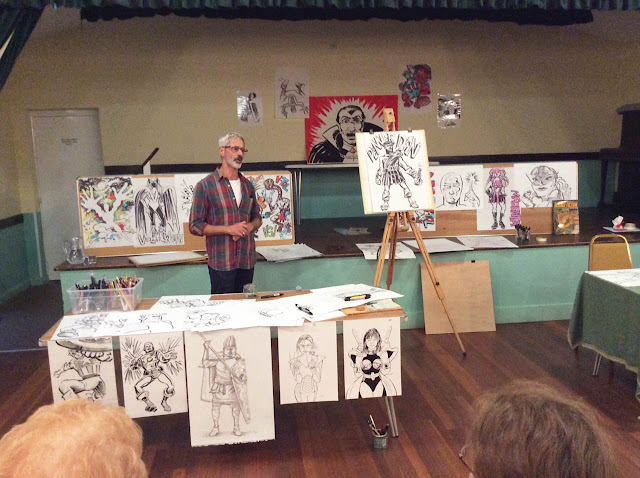 When you start at the boots the only way is up. If you're calling out for strong bare calves, I just know were talking roman soldier gladiator skirt. Someone shouts out kilt - and yes I have seen Outlander - and that pretty much sets us on course for 18th century Scotland via Roman Britain!

I suggest adding metalwork to the skirt but am told to keep it strong and simple. I sneak in some trim while everyone is looking. They trust me. 'Course the skirt isn't held up by blu-tak so we agree to draw a chunky leather belt - the Communal Creators yell out for a double 'D' buckle - I draw it in before they can change our minds.

Since we're rising on the horizontal, I recommend similarly buckled gloves/gauntlets for the hands - a deep voice from the back row wants him holding a bottle of something called 'Double Diamond'. Never heard of it meself, I oblige anyway.

Luckily I hadn't drawn the fingers yet. 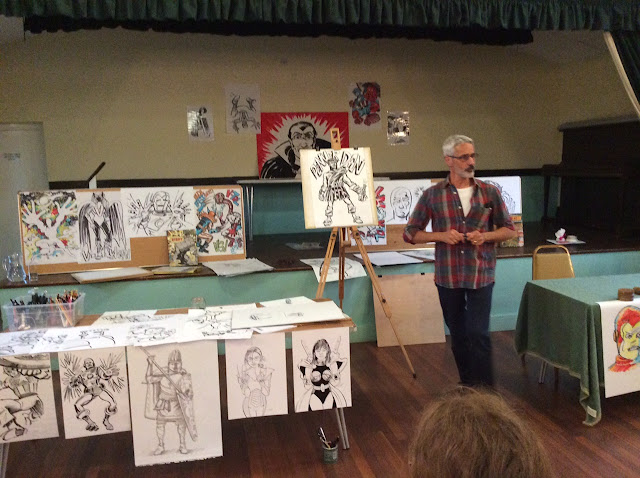 As we're clearly on course for a big brawny battler, his arms and chest remain bare, and yes - he must definitely be hairy. Not sure what it's called but I describe a piece of fabric - like a sash - worn diagonally from the right hip to left shoulder - sure that's what Jamie wore in Outlander (or was it Conan in Shadizar?), the votes are in and so is the double 'D' emblem.

So up to now we've got a headless horseman - and no worries people - the audible audience is neither sleepy nor hollow. I'm hearing thick strong neck! - square jaw! - and beard! of course beard!

I can't quite make out what Thelma is saying. I walk over with a sketch pad and draw what I think is her idea, I show her - she nods/shouts YES!

Listen up guys, our big brawny battler from the 1800s is wearing - I can't say it.

I can say it - I get confirmation from the crowd. The right hand side of the audience is left laughing. 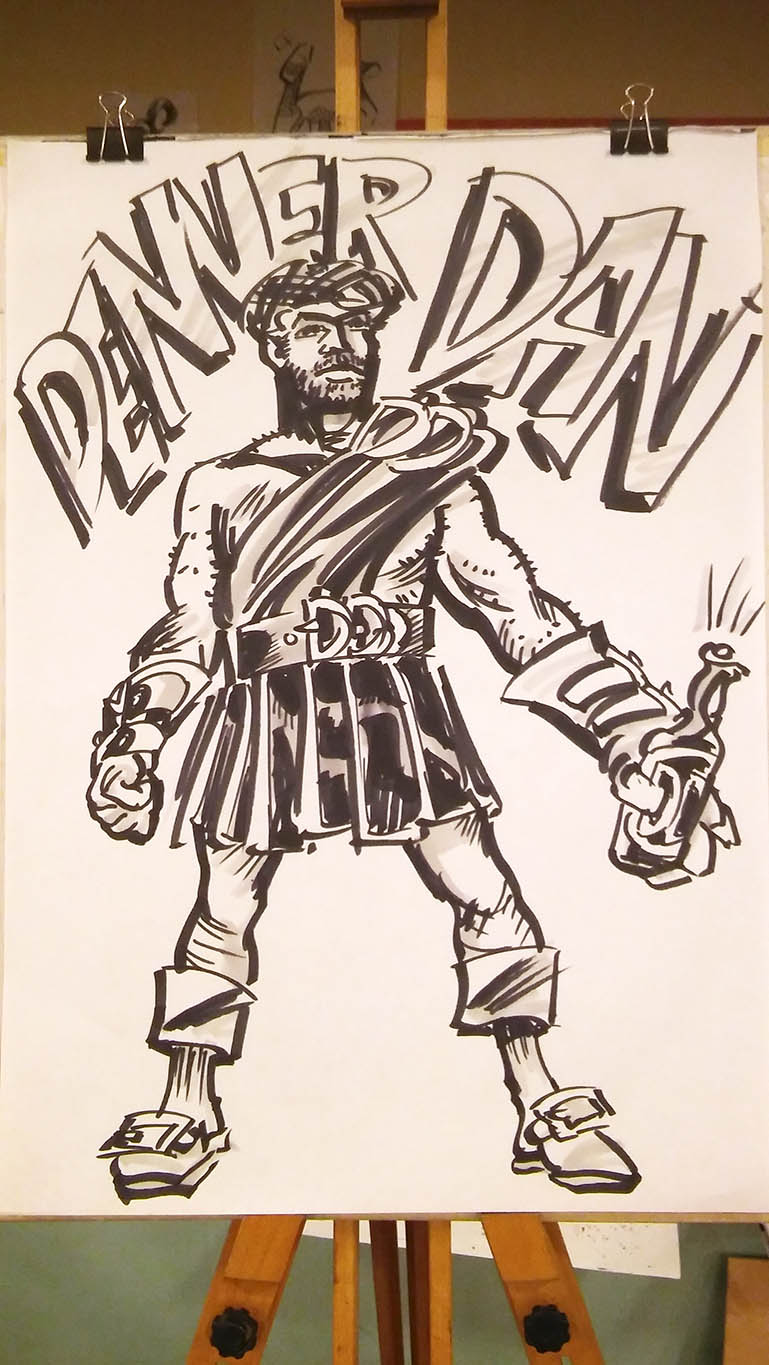 Last but not least - we need a name. Well, we're halfway there - we've got the double 'D' is place. So my comic book brain is quick-firing up 'Demon Dread'; Diabolical Denak'; Durok the Demolisher (OK you got me - that's from Thor #192).

Amidst the confusion and cacophony, I hear a strident voice from the back. Again. I'm sure it's Double Diamond guy, but I've got selective eyesight, so I cannot be sure.

Our guy - who has to be up there with Solomon Kane and Conan; Errol Flynn and Spartacus; and Rob Roy MacGregor and Roy of the Rovers - has a name!

And you know the Sandman says naming something makes it real.

But I cannot say it.

Before I can stop myself, I run my Winsor and Newton Promarker across the top of the page and christen our boy - this scourge of the high and low lands, this fighter of fights, this drinker of drinks, this wearer of kilts!

He didn't exist half an hour ago, and thank you Denver Trust (the left half).

Let's hear it for Communal Creativity - he's here and he's now - I give you the one, no longer lonely - 'DENVER DAN!!'

...that's taken longer to write, rewrite, pshop pix, and rewrite than it
took to do the Denver Demo. I was going to report the truth the whole
truth and nothing but the truth, but I am done.

Join us next time for the Communal Creatives right side
response to left hand Denver Dan - I don't believe the alliteration
either, and I was there.

PREVIEW - me and my 'you cannot be serious' face. 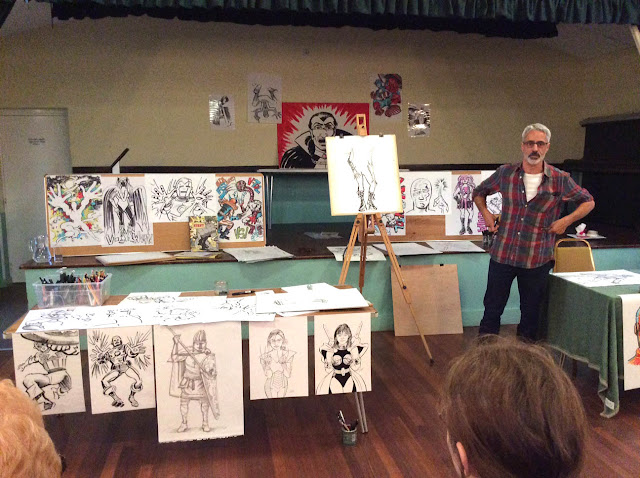 ...and the poster that launched two faces, a little fear and a lot of laughing! 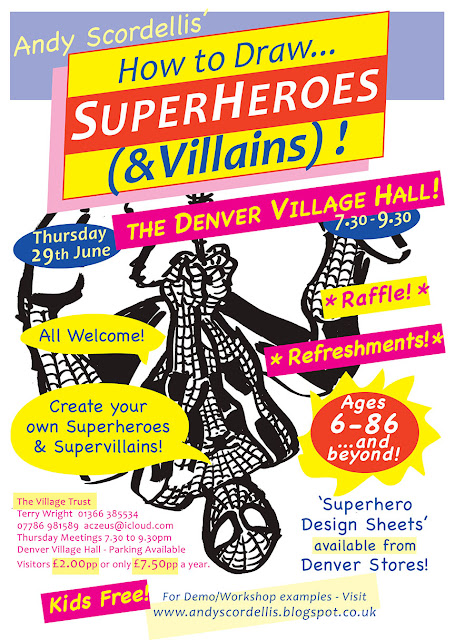 That's not all folks!

...see you in the virtual funny papers...

Posted by Andy Scordellis at 04:13 No comments: