In conjunction with the 2014 Open Studios taking place at Framin' Art, participating artists were invited to take a workshop during the course of the exhibition. Although a good deal of my work was of an illustrative nature, naturally I chose to do a workshop on Superheroes! 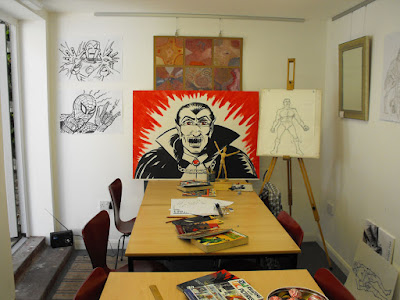 So there I was - Dracula behind me, Spider-Man and Iron Man to my right.
Running down the middle of the room, on a central arrangement of tables was a respectable selection of Comic book collections, graphic novels and 'How-to-draw Comics' books, alongside template pages of blank superhero silhouettes, pencils, Staedler plastic rubbers, and a couple of glass jars of coloured pencils. 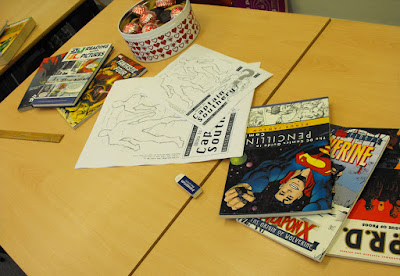 We had the technology, we had the reference material - we just need the imagination!

And right on time - enter Lauren and Sam.

Lauren arrived first with her parents and we proceeded to draw Norfolk's first farming superhero - none other than - 'Super-Wellington!' 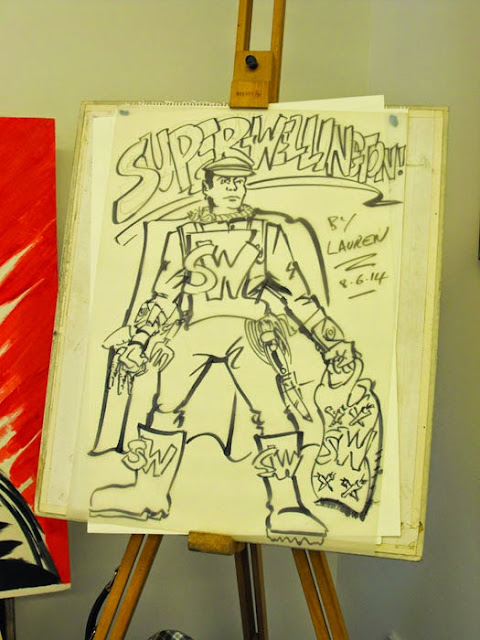 After the appearance of Super Wellington, Lauren and her mum both had a go at designing new characters using the template sheets provided. 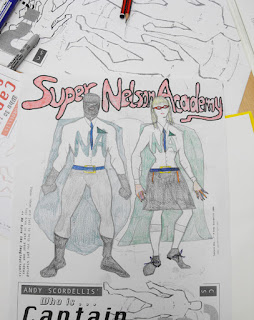 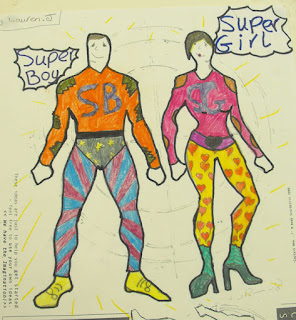 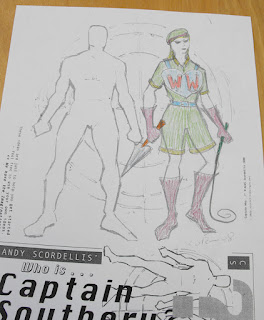 And hot on the heels of 'Super Wellington' Sam arrived just in time to create the one and only unstoppable - cosmic powered 'Fellow Hunter!' 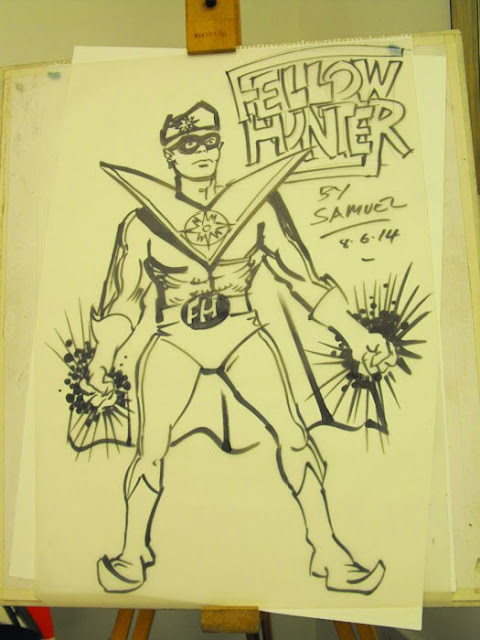 The good news is that beginning this November 2015 we'll be running a couple of four week modules on Thursdays called 'How to Draw Superheroes (& Comics)!

So if you like superheroes (and villains), and get a kick out of telling a story in pictures either call me 01366 381087 or send me an email - andy@andyscordellis.co.uk - to take part! 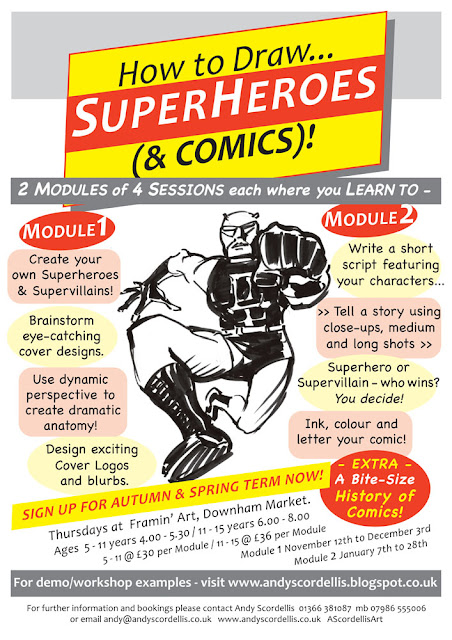