They say that you can measure the appeal and success of a superhero by the quality of his or her super-villains. You only have one hero in the strip but you need a veritable rogues gallery of bad guys to keep things interesting each month. After a brief discussion regarding super villains, we quickly got into designing arch villains for the two superheroes we created last week.

We created LORD OF LIGHTNING to be the arch nemesis of BLIND NINJA, and
the bane of SPIKED AVENGER'S heroic life would be BLOOD SAMURAI!!

The images of the two new villains must remain TOP SECRET for the present- or until I can get a new SD card reader for my camera. PICTURES TO FOLLOW! 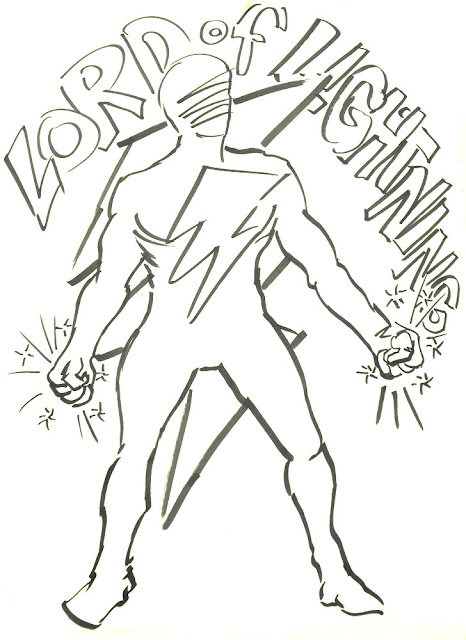 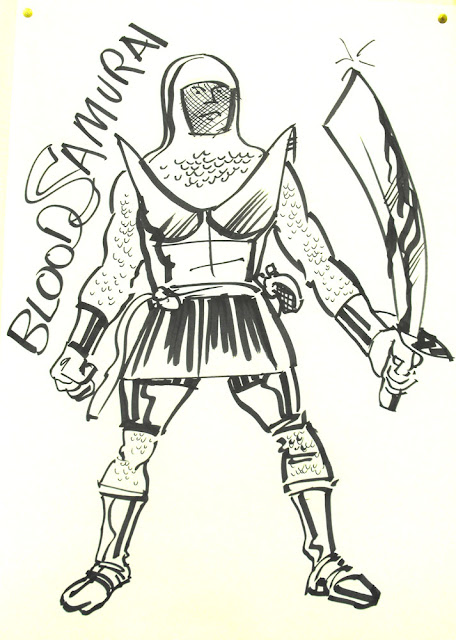 Having designed a couple of villainous characters ourselves on the easel, the class got down to possibly their favourite assignment - 'Design a Super Villain! And who better to overlook and provide inspiration for such an endeavour than the blood-curdling Prince of Darkness himself - DRACULA! 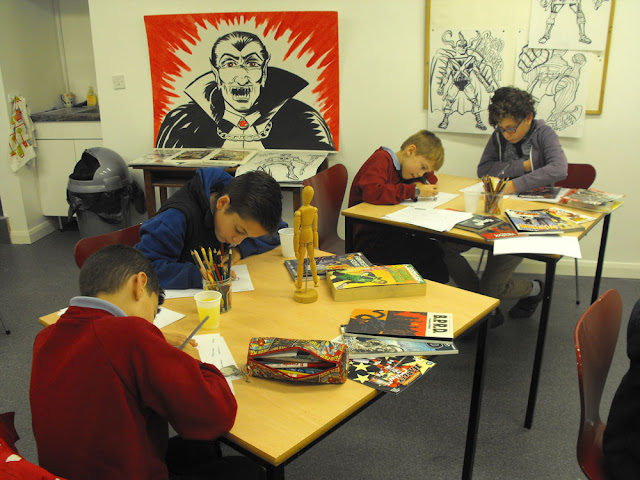 Here are two new characters from Zac and Finn. The creations of Toby, Cole, K.C., Jack and James on their way... (SD card reader again).

Apologies to K.C., Cole, Jack and James - unable to recover photos of your characters - will add to blog after 1st session Module 2.

NEXT WEEK - SUPERHEROES VS SUPERVILLAINS!!

The second installment of the 'Bite-Size History of Comics!'

The first appearances of Superman in 1938 - and Batman in 1939 - heralds the birth of the Golden Age of Comics! From then on a veritable deluge of colourful costumed characters poured onto the newsstands as publisher after publisher jumped onto the lucrative comic book bandwagon. Not the least of which being Martin Goodman's Atlas Comics' with their Human Torch and Captain America. Atlas comics would go through a series of successes, crises and calamities before it would publish comics decades later under the name Marvel Comics! 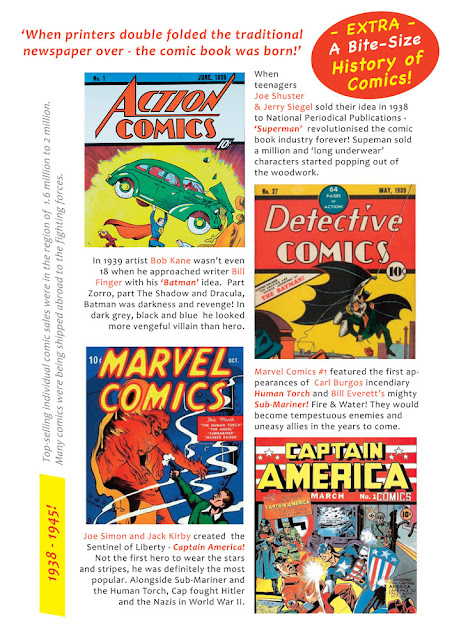 I listened to one student recount the origin of the Silver Surfer - being that the world-devouring GALACTUS had consumed and destroyed the planet Zenn-La, but chose Norrin Radd - the only survivor - to become his planet seeking herald. I had to interrupt, and explained that the Silver Surfer origin I read in 1968 showed a heroic Norrin Radd on a decadent land-locked planet, sacrifice himself to serve GALACTUS in order to save Zenn-La. Norrin Radd volunteered to scour the universe searching for alternative planets to assuage the hunger of the planet eater.

I rather liked the 'survivor' origin myself. Comic book continuity is pretty confusing at the best of times - we agreed that the continuity had clearly been rewritten...

Next week - The man whose lies almost
destroyed the  comic book industry!

Posted by Andy Scordellis at 08:06 No comments: