When my niece Emilie asked me to produce a birthday drawing of her friend as a super hero, of course - I said yes.

Not that easy after all.

A lottle bit rusty in fact...

'What is she doing - getting dressed, undressed?'

I like the energy of the first drawing, but she's out of proportion, there are anatomical errors, and what is she doing...?

Me I don't mind the ambiguity, but anyway...

Like anything - if you don't practice regularly and at least keep up with it - you can't expect to just pick up where you left off.

Especially if where you left off is almost two years ago!

But with a lot help (translate - art direction!) from my better half I got there in the end.

Now if I was drawing a building...no problem!

I'm working on the follow up to the Downham Market 2013 Calendar with the Downham Market and King's Lynn 2014 Calendar, and while I have a few images ready to go, I thought I'd better get on with the new work - which is why I'm sitting in the shade outside Freddies Deli at the Castle Hotel end of Downham Market's High St.

It's pretty nippy out here in the shade, but in the first half hour I sketch in the general placement of the building and preliminary details. It's beginning to make sense.

While I'm sketching away, I'm asked by passersby if I would take on a commission to draw their house on Railway Rd - naturally I'm flattered and say yes, though I'm informed that there is no space opposite to set up an easel so photo ref it is.

Only thing is there is a rather tall chimney pot on the left hand chimney, which is actually going off the top of the page - I'd prefer that it didn't so I'll have to transfer the entire drawing via lightbox to another piece of watercolour paper and reposition the drawing two cm lower or so.

Posted by Andy Scordellis at 03:50 No comments:

Email ThisBlogThis!Share to TwitterShare to FacebookShare to Pinterest
Labels: Superheroes

You know how it is when you get a new toy - or even an old toy - that does things you didn't expect it to. You wanna keep playing with it. 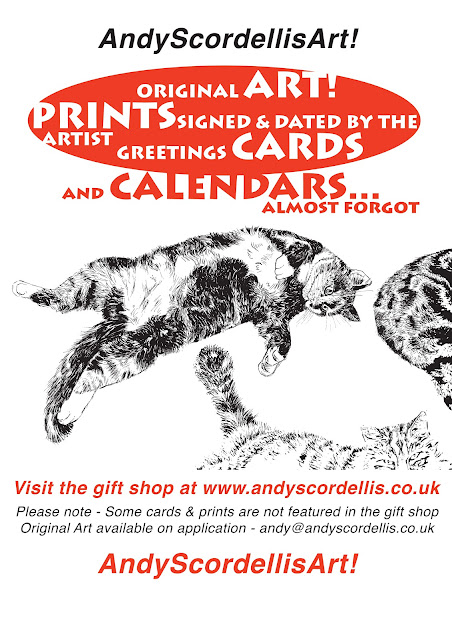 I didn't want the cards to be just a reproduction of the artwork. As good as it may or may not have been.

I wanted to include a logo of some description, a micro biography, a detail of the artwork in production, and a topical or historical or even personal text piece relevant to artwork or subject therein - a complete and entertaining package as it were.

Granted it takes a lot longer design wise, but leads to a far more interesting and attractive product I think.

If the information that I feel is required isn't readily available, I'll simply go to that font of all knowledge - google - and source the appropriate history/profile that way. Interestingly, you often come away with something you hadn't bargained for.

While researching the BMW R750 I discovered that the Russian held German production blueprints for the WWII motorbike were traded to the Chinese for apples and eggs!

When I've drawn a commission of a cat or dog, with the owner's permission to reproduce the image, I'll ask them to provide their pets story. Most of the cats I've drawn have been stray or homeless at one time or another in their lives, before finally finding a place to call home.

These cat images, poems and stories became the basis of the Cat Tales 2013 calendar. The calendar was raised £25 for local cat organisations - Stowbridge Cats Protection and Brambles Sanctuary.

Many thanks to local veterinary practises 'The Crossings' and 'The Hollies' for all their support assisting with sales. 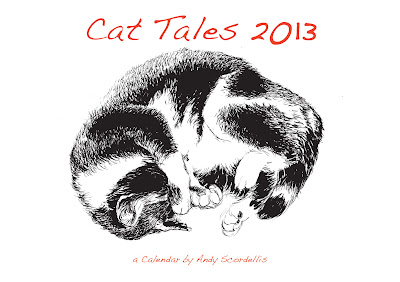 While we are well into the not so new year - halfway through April already -  the Cat Tales 2013 Calendar is still available to buy from the Gift Shop at my website.

Great pictures and heartwarming stories - a must for any cat lover!

Posted by Andy Scordellis at 11:22 No comments:

...to the Guildhall and back again, and again...


What a surprise - having received no emails or real mails regarding whether my work had been accepted into the Cambridge Drawing Society exhibition, and thereby into the society itself, I rechecked my info and it said quite clearly - mind you I don't always read everything  clearly - it said quite clearly that 'successful candidates would be notified by email or paper mail' - well by 1pm I'd pretty much assumed that I had not been successful and 'no' my work hadn't been accepted into the exhibition.


What a surprise then having returned from an errand at 1.30 to see a letter addressed to me on the hall shelf which I hadn't noticed before - I quickly opened it and there you are - Salutations from the secretary herself - informing me that I have two pieces of work accepted into the exhibition, and an invitation to join the Society itself.


Now to drive back to Cambridge itself, via the Isle of Eels (Ely, naturally - I still need layout paper from Tindalls Artshop), to collect the two pieces of work not selected for inclusion.

Of the four pieces submitted the larger works - 'Byfords Delicatessen', and 'Reeds 100 Year Department Store' were selected to appear in the exhibition...hope you like 'em.


Please go to Cambridge Drawing Society for information about the society and what it gets up to.

Please go to http://www.flickr.com/photos/cambridgedrawingsociety/ to see images of members artwork.


Both well worth the visit!

Posted by Andy Scordellis at 02:18 No comments: 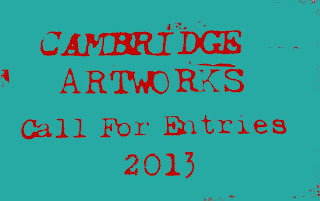 Yesterday I submitted four pieces of work to be considered for membership in the Cambridge Drawing Society, and if approved be entered into the Spring Exhibition at the Cambridge Guildhall.

If you happen to be in the area it is well worth the visit. Having viewed examples of last year's exhibition online the standard is tremendous and definitely not just drawing... 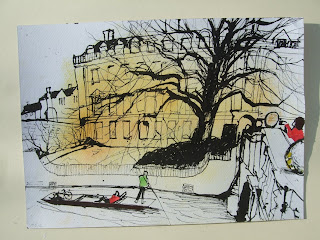 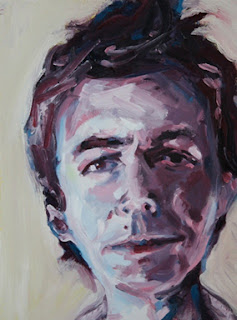 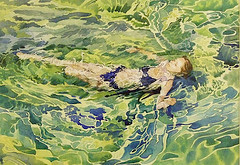 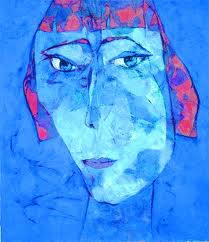 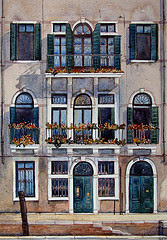 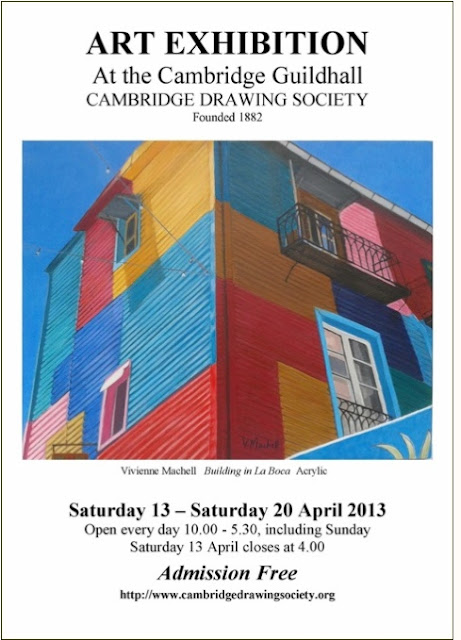 Posted by Andy Scordellis at 09:36 No comments:

...the last working windmill in norfolk...

As April looms large with the advent of Spring, new tenants have recently taken over the management of Denver's much-loved working wonder on Sluice Road.

Let's wish the new management team the best of luck in steering Denver Mill back to it's former glory.


Posted by Andy Scordellis at 10:02 No comments: