...where do those superheroes come from...?

Like every six (and sixteen) year old I copied characters and superheroes  relentlessly from any comic I could lay my eager hands on - TV21, Fantastic Four, Hulk. Pencil, colouring pencils - pots of poster paints when I'd progressed at age twelve to reproducing comic covers and full splash pages up to A2 on cartridge paper which were often often pinned up on the display boards outside the first floor school art room. 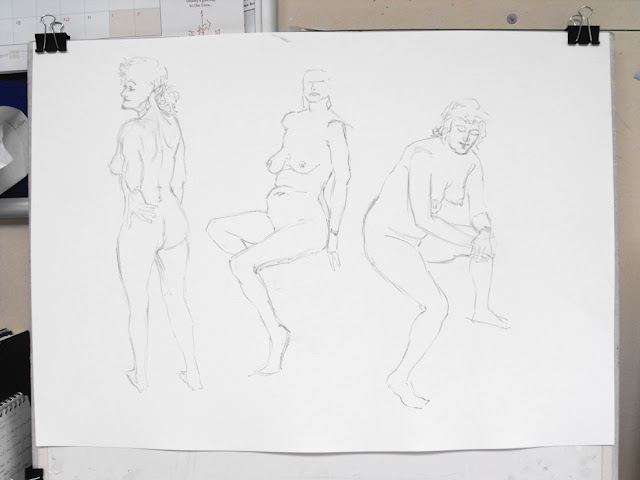 Ahh a warm glow when a for a few weeks only, ascending the stairs from the vestibule to attend classes on the first floor hundreds of young minds were momentarily captivated by the vivid painted image of an angry Galactus raging at the Silver Surfer, or Maximus the Mad glowering over a trapped and frustrated Hulk. 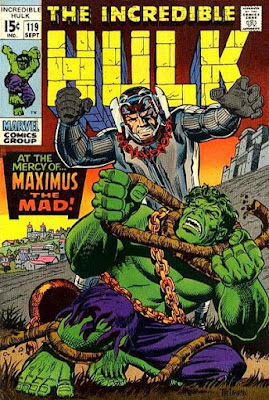 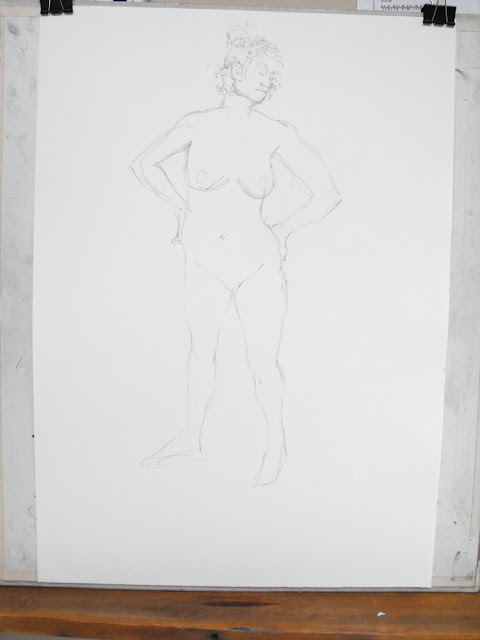 Almost without fail in those 'best days of your life' if you were caught reading a comic - especially in class or assembly - you were facing comic book confiscation at least until the end of said lesson or in some cases - until the end of time ie four o'clock - home time. 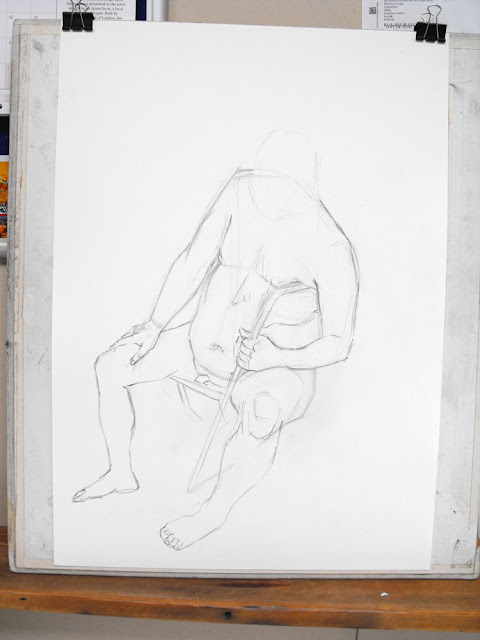 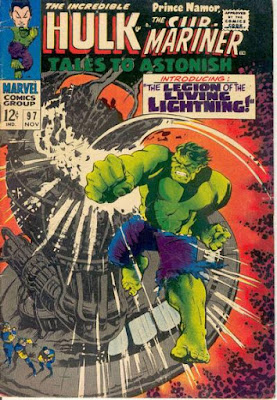 I almost lost Tales to Astonish #97 this way in assembly, but managed to distract the Deputy Head by dropping and breaking my glasses - yep - made of glass in those pre plastic lenses days - my mag became a side issue compared to my now inability to see the blackboard and learn. Still confiscated until the end of the day though - curses, I wouldn't know if the Hulk survived the terrible threat of the Legion of the Living Lightning for hours now... 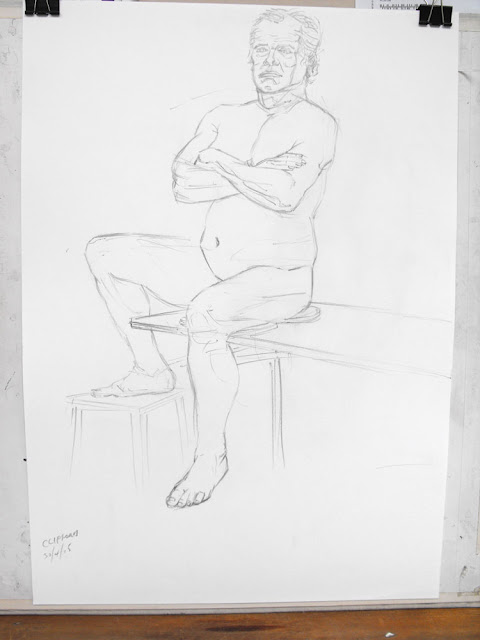 Fantastic Four Annual #6 featuring the birth of Reed and Sue's baby boy almost met the same fate in woodwork class. As fascinating as mortice and tenon joints and wooden wall lamp units - shaped like an upside down shoe with a protruding tongue was - it couldn't compare with the majesty and mystery of Reed, Ben and Johnny going up against their newest foe Annihilus in the demented wonderland that was the Negative Zone. 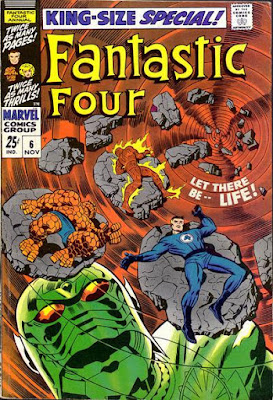 Boy-oh-boy! When the woodwork teacher noticed that I was distracted by a comic when I should have been paying attention - I discovered that dear old Mr Griffin was as implacable a foe as any Stan (The Man) Lee and Jack (King) Kirby could dream up! Luckily he instructed me to put it away rather than have it confiscated here and now. Phew! Did Sue or didn't Sue have her baby??? 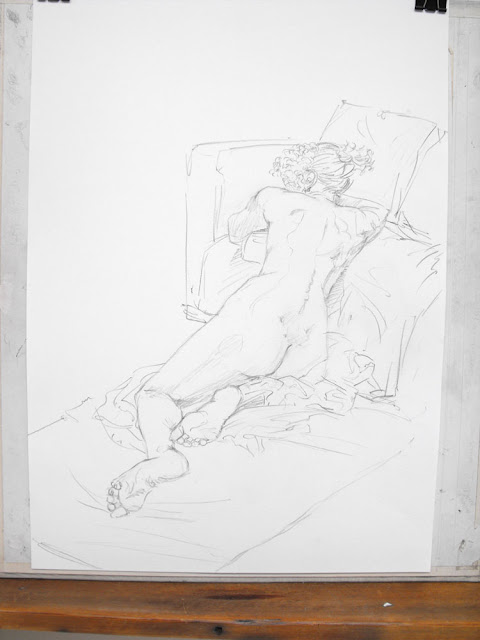 OK - I've gone back to the beginning to get to the present, but - life drawing! From my first time life drawing at Croydon Art College during my Foundation course - I was 18 and I expect the model was 68 or so - the tutors mantra was as follows - "Draw what you see. Not what you think you see." 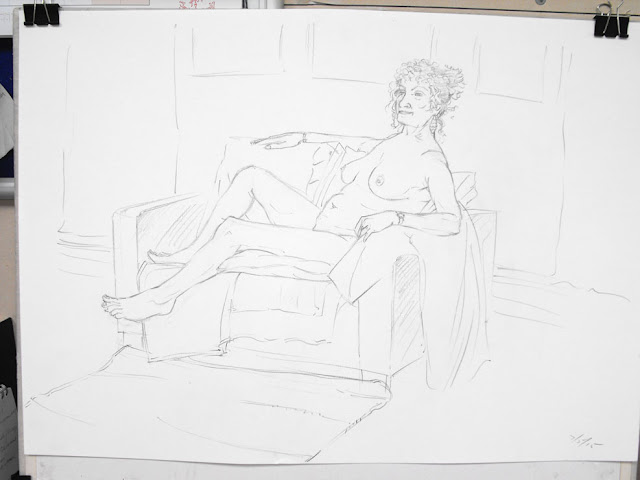 Any comic book course I've attended in the past - such as 'The London Cartoon Centre' back in the late 80s could not stress strongly enough the value of drawing the human body from life, and whenever the opportunity presented itself - to get onto a life class.

Certainly it's all very well referring to and copying from your favorite artists such as Gil Kane and Neal Adams (who know their anatomy inside out) - providing you back it up with a solid foundation understanding how human anatomy works. One editor I spoke to said it was comparatively easy (and fun) drawing superheroes, but the hero has to inhabit a world of real people. Creating the real world environment allows our hero to be who she or he is.

The more real and more believable the environment, the better.

Posted by Andy Scordellis at 04:46 No comments: