Just to preface my recent Superhero Demos - let's step back through
the mists of time to my first demo back in good old 2008... 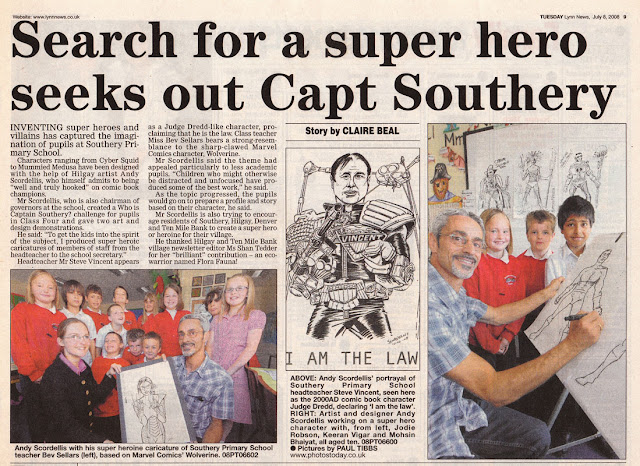 My son Laz's year six teacher asked me to come into the school toward the end of the
summer term and hold a couple of Superhero demonstrations. To pre-empt the demos and to generate excitement I drew superhero caricatures of their teacher, headteacher, deputy head and school secretary. So for a few days Wolverine, Judge Dredd, Valkyrie
and Wonder Woman were on staff!

On the appropriate day I turned up drawing board and comics in hand.

Before long the pupils and I were designing various comic characters such as HAWAIAN TRIBAL MAN and the ZEN DRAGON. I would draw on my easel while they would call out whether this or that particular character had a cape,  long hair, mask or atombuster! Working from design sheets they sat down to create their own heroes and heroines. 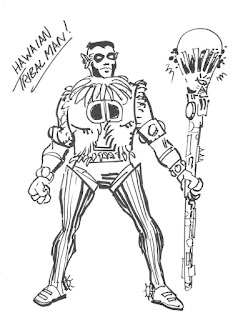 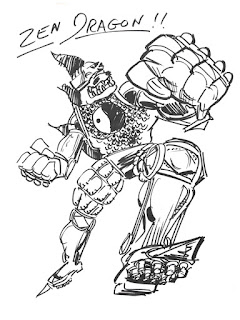 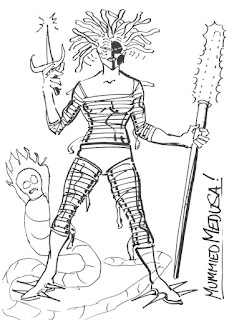 I discovered that  pupils who perhaps were less able academically were way ahead in
their efforts to capture the look of their own heroes. We live in a graphic world - most kids are exposed regularly to heroic figures in film, comics, Xbox and video games.
On the second Demo day the girls were more vocal and determined than the boys. 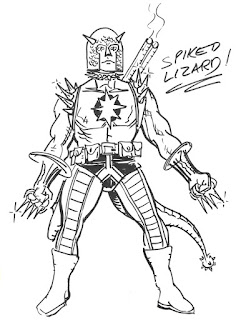 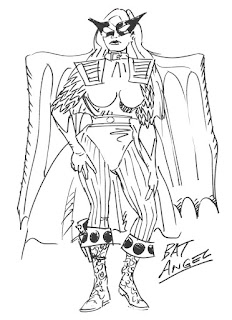 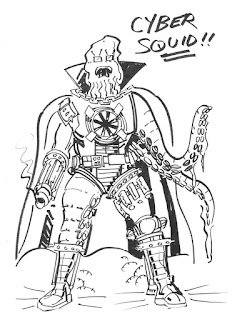 The theme of comics was carried over into other areas of the curriculum - writing in English, marketing and sales in Maths, production in Art - of course, and drama in the end of year play. The kids wrote a story about the school and used the cartoon faces I had drawn of their head and teachers to identify their roles.  All in all a good time was had by all. 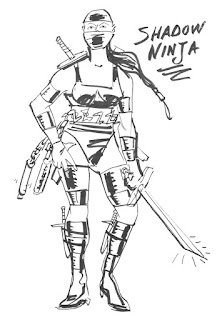 Posted by Andy Scordellis at 03:46 No comments: