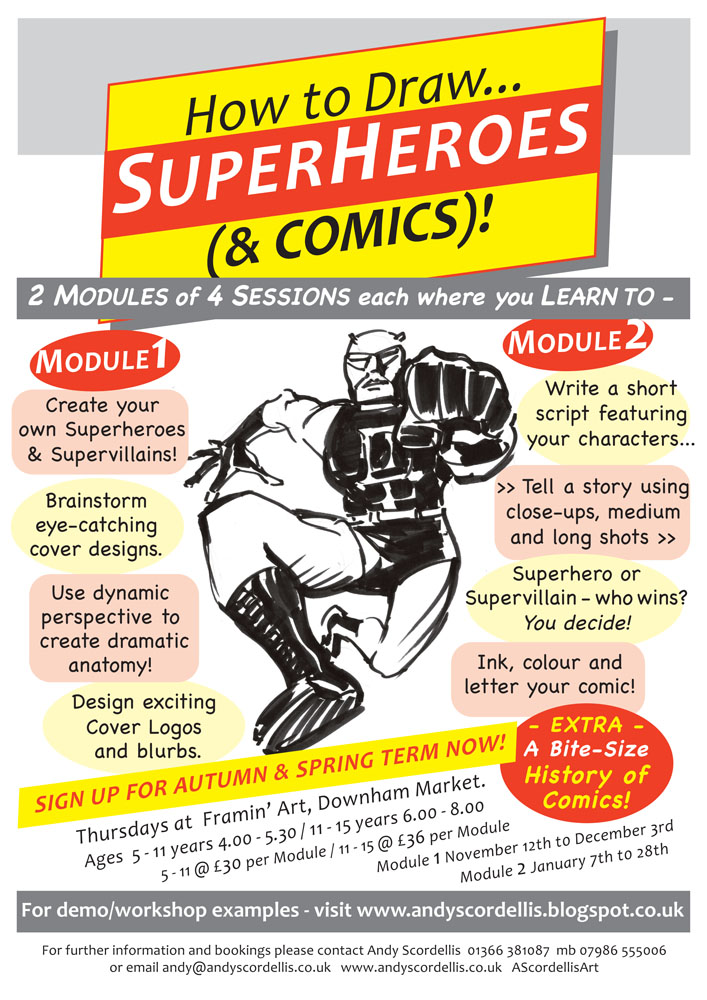 If you've missed the 1st session - your welcome to sign on mid - module!

Look forward to seeing you...

Posted by Andy Scordellis at 09:29 No comments: 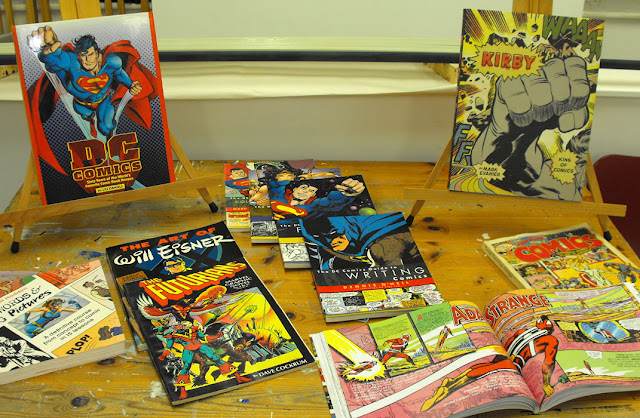 Well, the first session of 'How to Draw Superheroes (& Villains)!' Module 1 got off to a great start. A hearty heroes welcome to students - and potential comic artists/concept designers - Jack, Finn, K.C., Toby, Zack and James. 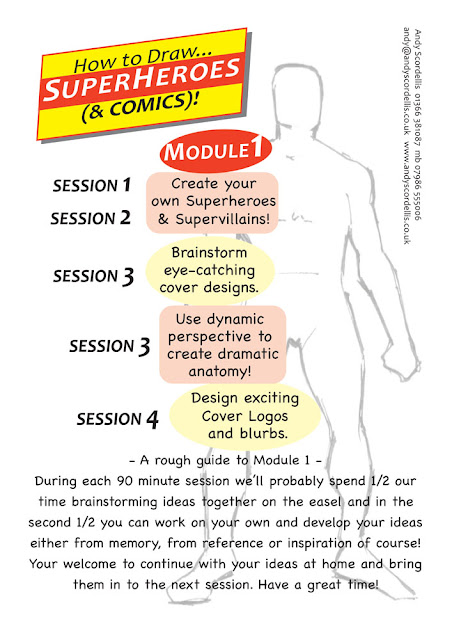 In my efforts to create a veritable Batcave of a classroom with hero sketches, character designs, a selection art books on Jack Kirby, Marvel and DC Comics, graphic novels and comic books - in the brightly lit classroom it probably came off more as The Fortress of Solitude.

Nonetheless, the room was a hive of creativity as the class and I created a couple of heroic characters of our own. First up was the almost untouchable nemesis known as 'THE SPIKED AVENGER' followed by the dynamic and mysterious 'BLIND NINJA'!

Once we'd warmed up on the first two characters - and after a brief refreshment break - the students were straight into the nuts and bolts of the class - designing their own heroes!

In this first wave of new super heroes - the students are using exciting costume design styles, with an additional influence of manga and popular themes such as military weaponry and attire. 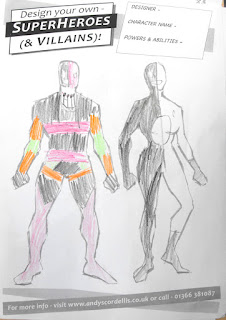 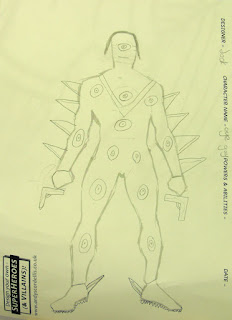 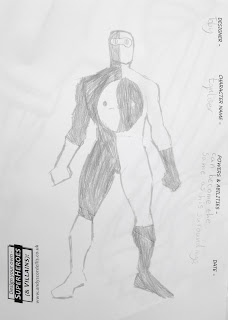 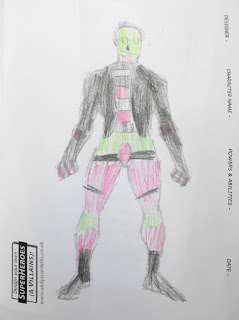 The first installment of the 'Bite-Size History of Comics!'

With the first installment spanning 40,000 years or so, and then every decade - it goes without saying that it's going to be exceptionally concise.

I'll be covering a handful of key developments in each period, from the the 1940s Golden Age of Comics onwards. While it's unavoidable that a tremendous amount of information will be left out, I can certainly revisit the period in question and add additional pages as time permits. 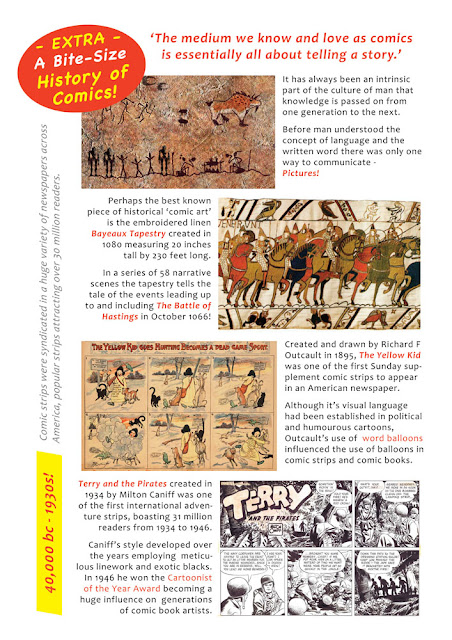 In the event that any student has a particular query or question regarding comic history, they can ask me in class or via email or - dare I say - 'google it'.

And thanks James for your question - 'Who came first - The Atom or the Ant-Man?' - watch this space.

Next week - the Birth of the Golden Age of Comics!